Thanks to Maximilian Batz from http://www.pi3g.com/, who sponsored two Raspberry Pi B models for the cause of Apollo-NG, it was time to see what more could be done with them. This essentially forked two subprojects:

The Tracker is working but still in alpha state (built as a mockup) and not released yet but after a combined amount of 10 days the pigi was finished, including the prototype boards. Some basic documentation is done, the github repo is online and basic prove-of-concept code is finished. It goes to show how amazingly fast we can dive into new technologies today and come up with a new thing without having any prior knowledge how to build a geiger counter. Sharing knowledge via Internet simply rules :) 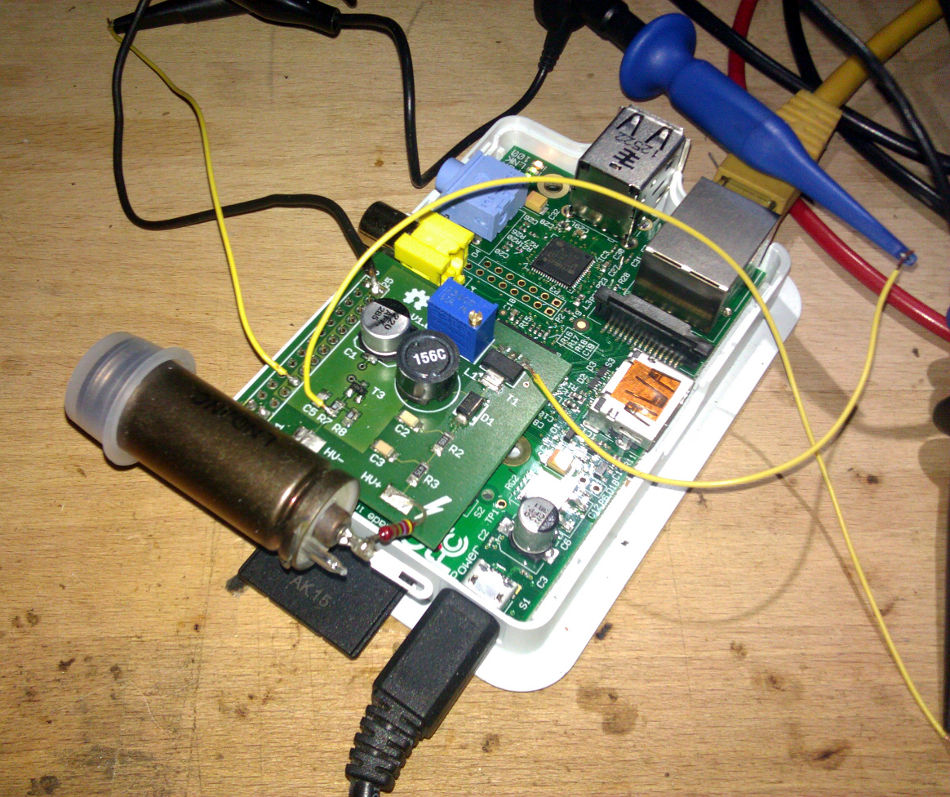 The fun thing about this project was that it also served as a test to determine if the lab, tools and equipment carried by Apollo-NG would be sufficient to build it. During the development and building, no other technologies could be used to make it. Only tools/resources that are available and run on a 12V power rail (including soldering).

As a byproduct there were some lessons learned about SMT soldering and how one can make that really easy up to the point where it is totally zen to solder and you'd never miss the old days of through-hole soldering. One of the key factors is vision. So the question was: How does one build a cheap stereoscope? And the answer will follow in another post in the near future.