For practical and economical reasons, Apollo-NG is based on two vehicles, just like Apollo-13:

The CM pulls the LM to a destination, the LM parks in a geostationary very low earth orbit to quickly deploy the Hackerspace and its built-in lab and infrastructure, as well as R&D facilities and shelter for nomadic hackers. The CM is then free to act as shuttle, transport, workspace for 4 people or acting emergency habitat for 2 people. 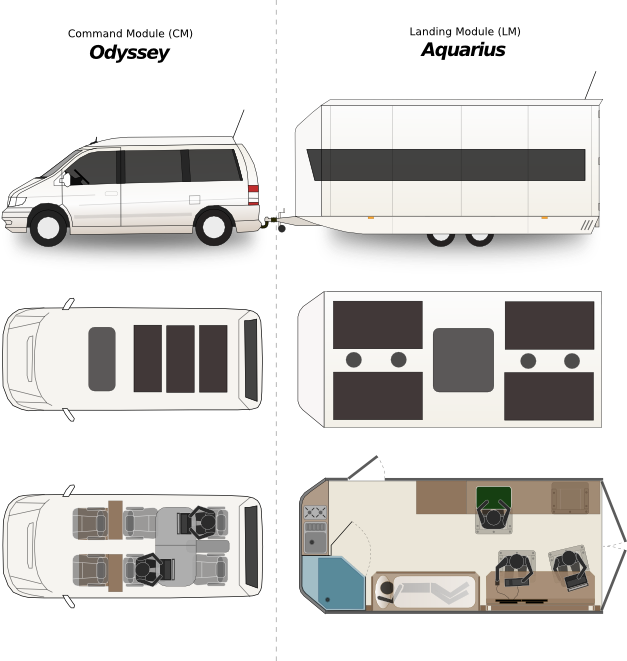 With the exception of diesel, to power the CM's primary engine, both systems are designed to be completely self-sustainable, harvesting solar, water, wind and biomass energy when and wherever possible.

Keeping the spirit of the Apollo-Missions alive, when people all over the world, for the briefest of moments, were united when they watched the first human walking on the moon. The naming convention of Apollo-NG is an homage to the Apollo-13 mission which was called a successful failure. Once the original mission plan was abandoned, people started to hack together all kinds of creative solutions, in order to get the crew back alive.