Remember back in the days, when there was no internet and libraries were a common source of information? Most communities operated a so called library bus which would go to areas without a library so that these people also could lend and return books. This is basically the same concept.

Apollo-NG is a mobile, self-sustainable, independent, minimalist and highly-experimental Hackbase using, developing and testing next-generation. open-source technology, visiting places without a resident, local Hackerspace and offering other Hackers the opportunity, to work together on exciting projects, share resources, knowledge, experience, fun and food combined with an always ready-to-deploy infrastructure and inspire all Nerdkind and who ever else is interested to collaborate and inspire to create more new resident Hackerspaces.

A Hackerspace or Hackspace (also referred to as a hacklab, fablab, makerspace or creative space) is a location where people with common/intersecting interests, usually in computers, technology and/or digital/electronic art can meet, socialize, exchange experience and collaborate. A Hackerspace can be viewed as an open-community lab, incorporating elements of machine shops, workshops and/or studios where hackers can share resources and interdisciplinary knowledge, to learn, teach, build and make innovative things, together.

Growing number of Hackerspaces all over the world

Although the number of Hackerspaces grows constantly all over the globe, there are still many white spots on the map. The Apollo-NG Project aims to fill this gap, by deploying a semi-temporary Hackbase/Hacker-Camp in areas, where no resident Hackerspace is established yet, giving local hackers & nerds the opportunity to socialize, collaborate and tools to work on projects.

Since Apollo-NG itself can only offer a limited amount of space and basic requirements of a Hacklab (tools/machines), its primary purpose is to offer inspiration, encouragement and guidance on how to establish and operate a new resident local Hackerspace, by making it easily accessible, through a real live, small scale experience and lots of fun, using tools people may never even have heard of before.

To boldly go where no Hackerspace has gone before

When hackers come together to meet and do something they mostly need at least a basic level of infrastructure (power/network access) and tools to become really productive. What ever else we may require, we can simply hack together ghetto-style in order to get what we need.

Unfortunately this isn't yet true for the needs of mobile research & development and fabrication facilities. In order to really do more than just software, we need infrastructure, a good basic set of tools and fabrication systems, bootstrapped to a level that allows independent operation and further open-source development. The process of finding solutions for these challenges is an ongoing research and testing run, to help ourselves and others in the bootstrapping process. Because we all can save a lot of time, if we don't have to redo the mistakes others already did. Now we can just use the Internet to share our results (success- and unsuccessful) and rapidly increase the speed of further development.

Combining the mobility of the Odyssey with independent power, tools and space of the Aquarius offers all that in a nice package:

What ever else may be needed at a particular location can be hacked, fabricated (3D printed) and maintained with already available tools and local resources.

For the first time, in the history of mankind, the invention of the internet has enabled us as people to educate each other ourselves and to communicate, interact and share knowledge with each other in near real-time, globally. Those of us, who have internet access and truly want to learn and evolve, can do so now, no matter where we are, what color our skin has, in which country we were born or whether our parents were rich or not.

Globalization may have had its beginnings in the industrial and economic aspects of the world, but the internet linked formerly separate people into one globally interconnected human species, flying together through space on a spherical mothership, we call Earth. It's time to act accordingly, as one species, without borders, all kinds of […]ism's and anything else, that tries to artificially cap our reach.

A lot of people have a feeling, that the world is “somehow not right” and also have a feeling that their personal way of thinking and acting differs a lot from what society at large considers “normal”.

If you can relate to that, know this: You are not alone 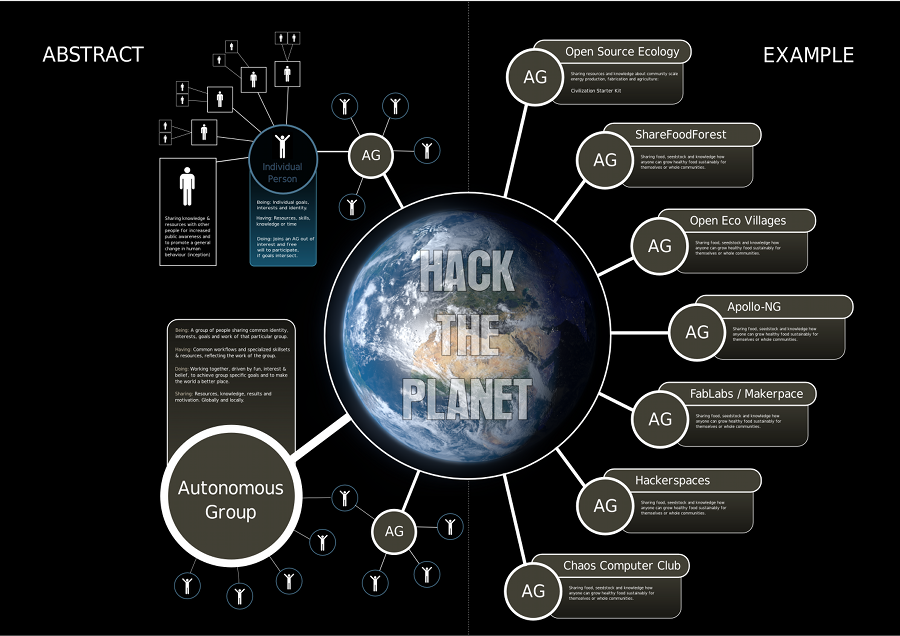 Hackers all over the world have started to join together, building Hackerspaces and Fablabs, to build and share new open technology, that easily reaches and in some cases already greatly surpasses what traditional industry could offer. We share resources, knowledge and encouragement. Hackers are the engineers of the future and it's very important that our fruitful and free self-education is kept alive and without restriction, even though some “civilized” nations already deem education itself only a third-class “must have” and rather focus their resources on war, censorship and surveillance.

There is no Flight Plan. Once Apollo-NG is launched onto the road, it will be operating 24x7x365 all over the road-connected world until the pilot dies or chooses to do something else. Deployment locations will be selected depending on local conditions (mainly predicted solar output for that location and timeframe). Each deployment will be given a considerable time frame in order to give locals a better chance to connect and also to be able to have time to focus on lab.