In order to learn more about GNU Radio and HackRF, so that tackling more complex scenarios like darc-side-of-munich-hunting-fm-broadcasts-for-bus-and-tram-display-information-on-90-mhz become easier, it was time to go for a much simpler training target:

Let's pick 433 MHz first, fire up osmocom_fft, gqrx, SDRangelove or any other SDR receiver with a spectrum analyzer/waterfall display tuned to 433 MHz. 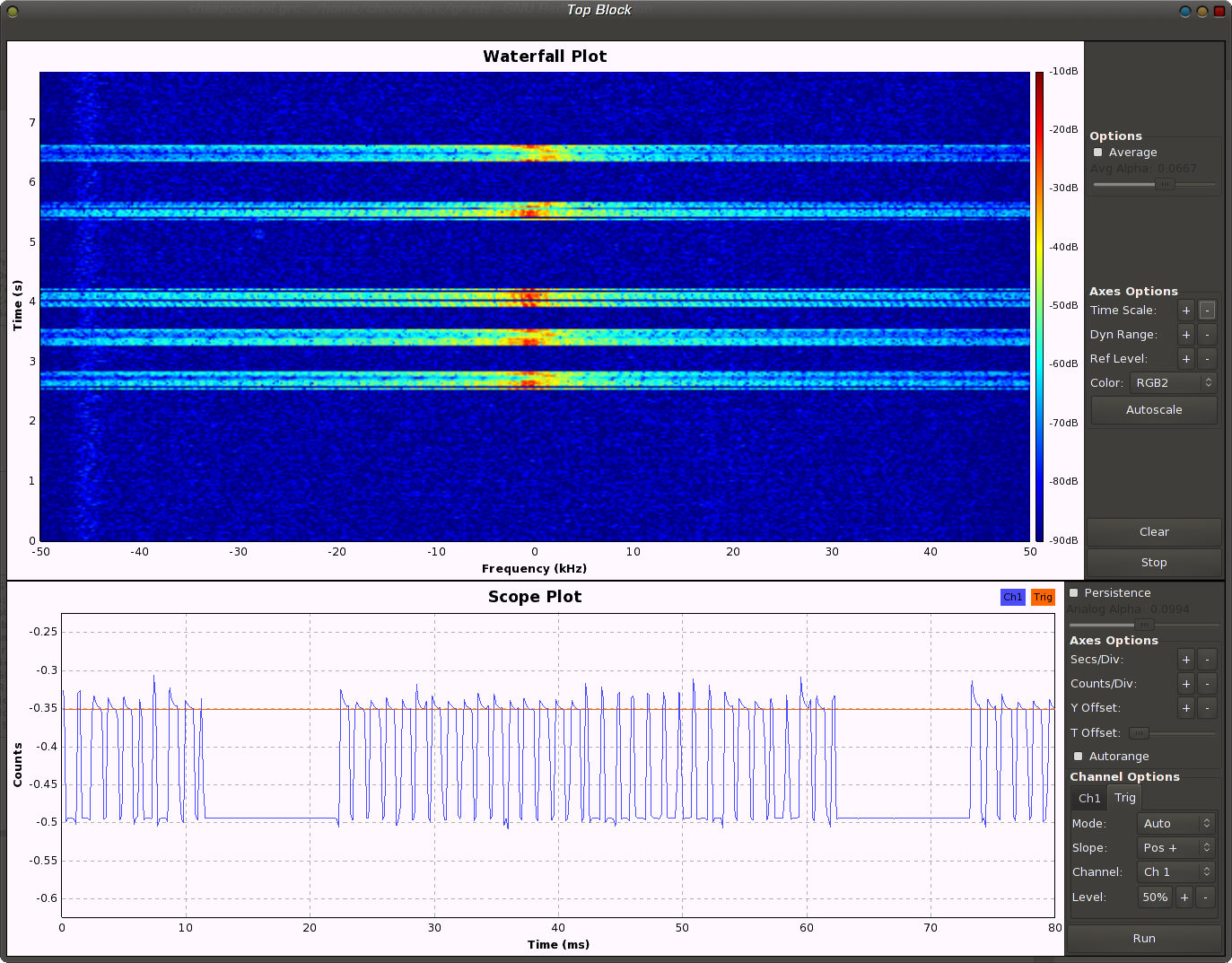 The whole process took a little less than an hour, just using GNU Radio and a HackRF (could have been done with an RTL-SDR device as well. The next steps will be covered in Episode II, where we can try to reproduce this pattern with a transmitter we'll build with GNU Radio. This will also serve as a chance to try something I'd like to call: