The UmTRX is a dual-channel, wide-band SDR transceiver (so it can send & receive) with 1GbE connection. It is developed by Fairwaves team to be used as a transceiver for OpenBTS GSM base stations, but due to its software defined nature, it could be used for many other radio applications as well. 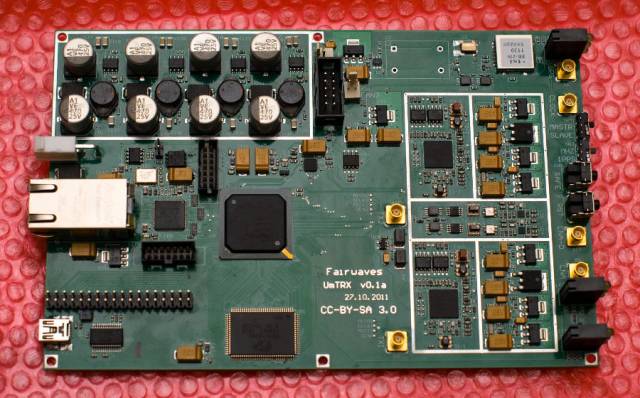 If the speed of development continues at this pace and more and more people finally realize the benefits of open resources and release their projects under an open & free licence, in less than 10 years, there won't be any proprietary, patented and overly expensive, hardware-based radio left on the planet. Awesome!

Dear sir, Kindly help to quote for this item