The idea is to have modular, bus-controlled, point-of-load conversion modules for remote systems and to use the PDU's highly-efficient (>90%) buck/boost converters to supply the MCU, Storage-Devices, Audio, Communications- and Navigation-Equippment and all other hardware in close vicinity of the System-Module-Rack (SMR). 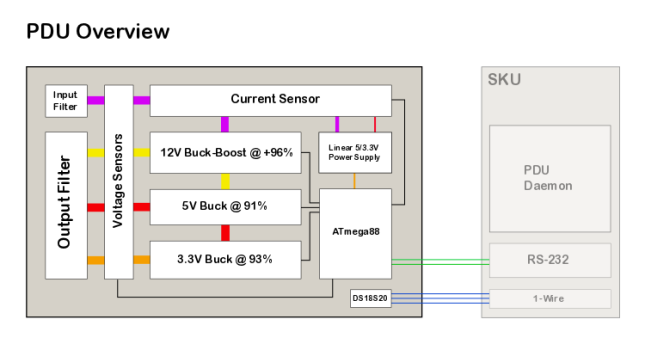