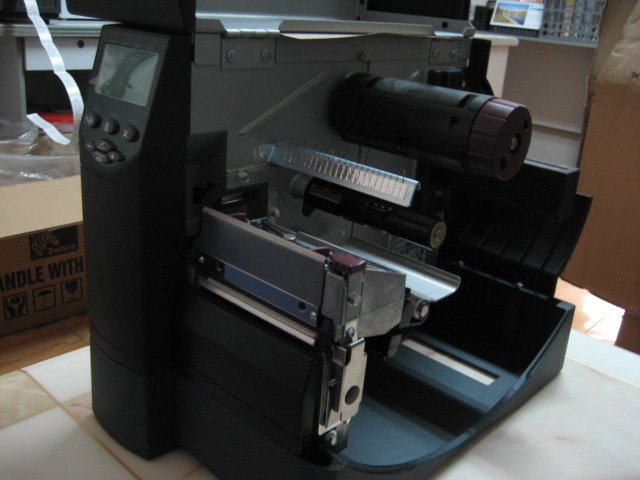 The downloaded .exe is actually a self-extracting zip archive (for windows), we can simply unpack with:

The actual firmware is in V53.17.22Z.zpl and when you look into the file, you see that there is actually ZPL code in it. This lead to the conclusion that it might just be possible to send the content of this file via netcat to the built-in printserver RAW port - 10.1.10.240:9100 in this example, change the IP to whatever your printer is configured to - in order to update the firmware:

Do not power down, reset the printer or cancel your netcat until the printer is idle again and has printed its configuration sheet - otherwise you may risk bricking the controller.

On the display of your printer it should say “Downloading firmware” after about 2-3 minutes the printer will reboot and do some after flash checks, defrag and print its current configuration before returning to idle. Congratulations, your firmware update is complete now.