For as long as I can remember, Aviation always sparked my interest, so it was only natural that, as a kid, I bought the F/A 18 Interceptor Flight Simulator to play Pilot on my Amiga 500 back in the 80/90 era. We've even had weekend sleepovers where a couple of friends and I took over the attic of another friend and built “cockpits” out of cardboard with cut-outs for our monitors. We basically ignored the combat aspect of it, I was just interested in the machine and flying through below the Golden Gate Bridge since the default base was in San Francisco and the virtual cockpit looked like this: 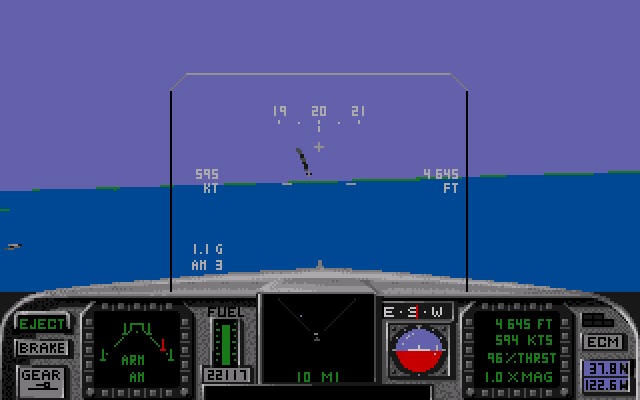 Since my quest is to use/test/progress and promote open-source, peer-made technology, really checking out Flightgear was long overdue. So, more than 20 years later I find myself back in the cockpit of an airplane sitting on the end of a runway in San Francisco, which again is the default scenery :) But the experience is nothing like it used to be. Back then, we needed an awful lot of imagination to get the level of immersion needed to experience it as fun but this time I needed to go bleeding edge and looked for a realistic Boeing 787 model

The manual was a bit vague where to install it, so I did it like this:

Then I put a link into Flightgear's DATA directroy, which is /usr/share/games/flightgear on gentoo

To start flightgear with the 787-8 type

and you'll get this awesome cockpit view: 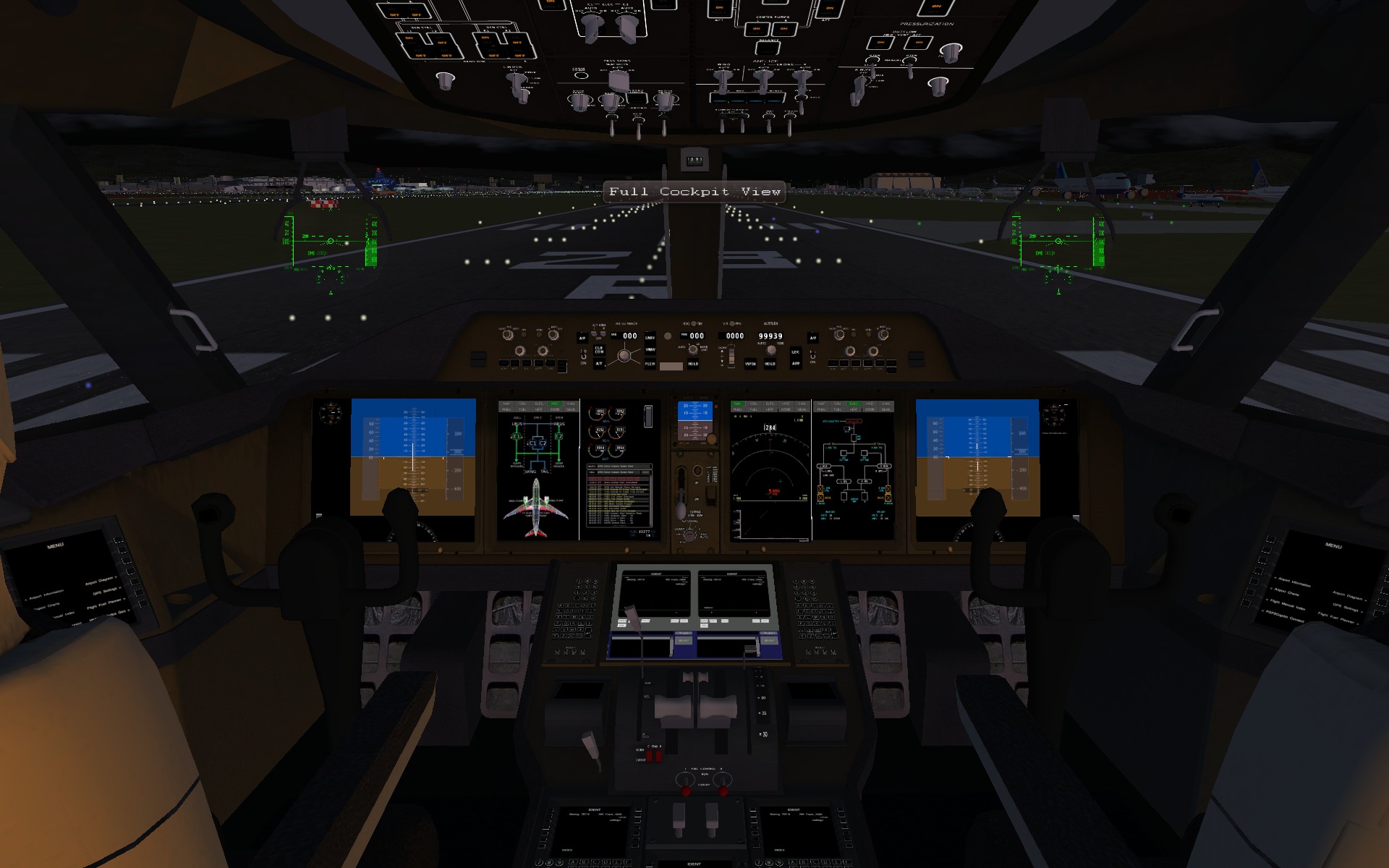 None of the panels or switches are GFX fakery. All of them are wired to the plane/computer and can/need to be interacted with. I'm still reading the manual and whatever information I can find about the 787 to get familiar with its computer/avionic systems. Today's planes are truly the perfect playing ground for ops minded people, since it's just a hydraulic/electric/computer system with autonomous flying capabilities, the pilot is basically just left as an admin, to watch and react in case of technical problems. 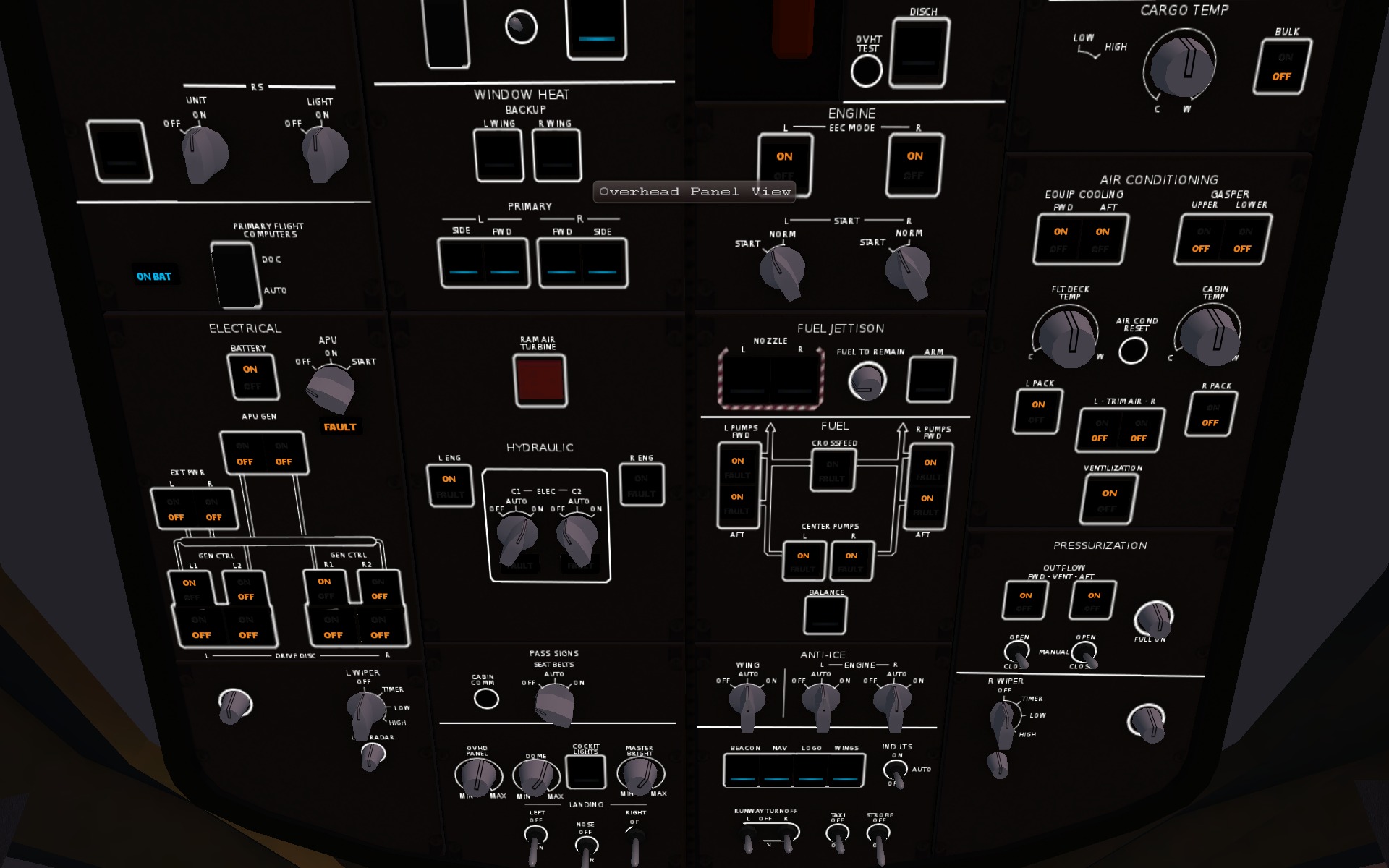 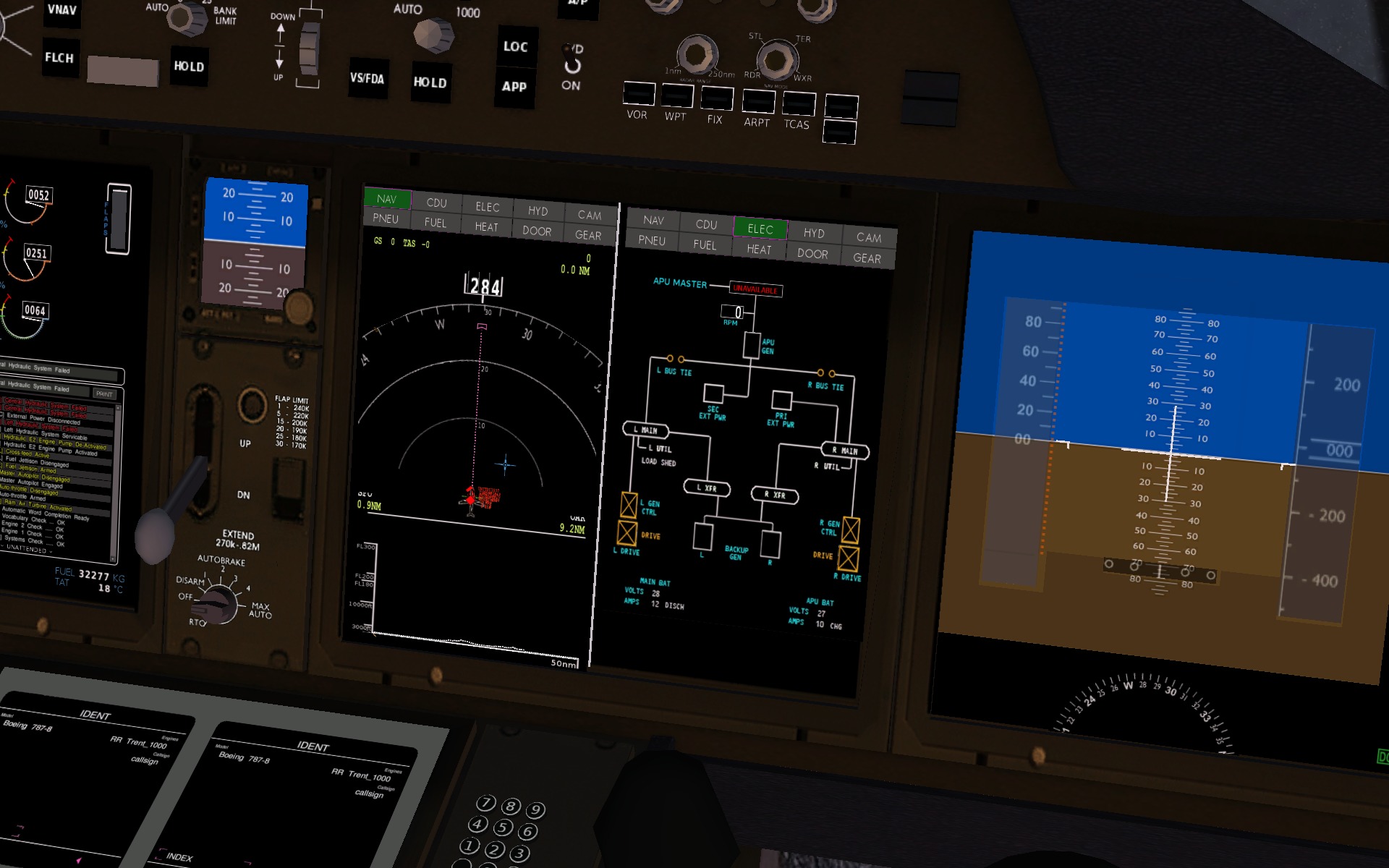 Big thanks and shoutouts to all people who helped developing flightgear and the 787-8 model. I've been truly sitting in this cockpit for hours now to learn about and play with the plane, everything else was forgotten. The combination of visuals, hardware interfacing, ATC audio feed, soundscape of hydraulics/APU/turbines and interaction with this machine captured me completely. I was in there :) 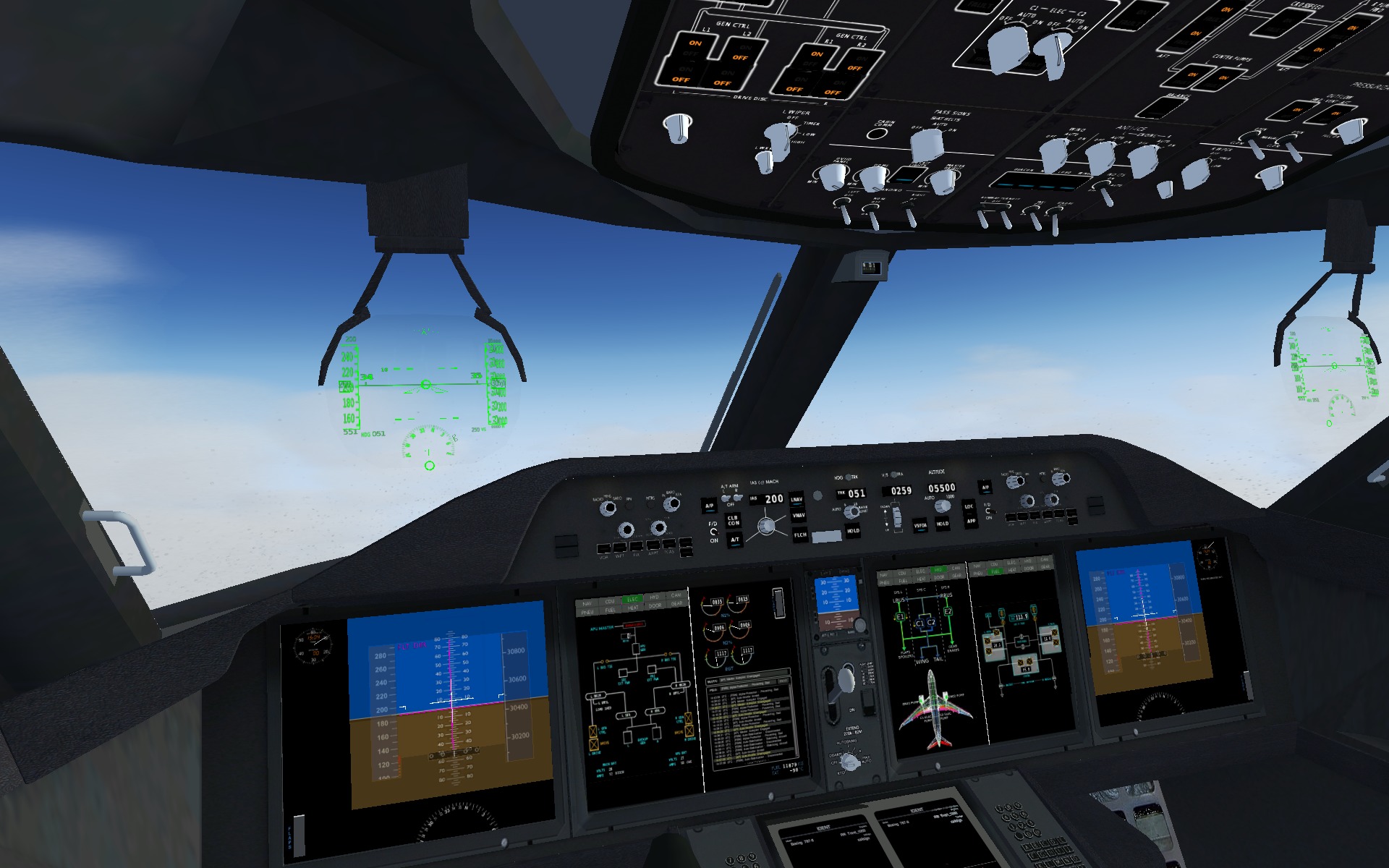 Install it, try it and enjoy this precious gem of free and open-source software yourself. And yeah, try to get a good joystick at least, rudder pedals and throttle stick might also prove beneficial if you're getting a bit more serious about it.

you have found freedom in a minute of eternity… when I was a child my planes normally crashed on palms in big pixel islands. now I'm trying to get a true ssl conection in the bigger spaceship ;). thanks for your posts about flying and future technologies!