The goal of this project is to develop a robust, versatile and resource-effective biomass micro-gasifier by combining a controlled-draft TLUD (Top-Lit Up-Draft) gasifier with an array of TEGs (Thermo Electric Generators) and a microcontroller to optimize the gasification process.

Commercially available gasifiers have long been understood, are proven and used at large in industry and even transportation ( >1 million vehicles during WWII were powered by gasifiers because of petrol shortages). Micro-gasification TLUDs are exceptional in terms of fuel varieties, a very clean combustion process and can be quite easily controlled.

The first prototype will act as “proof of concept” to show, that it is possible to use pyrolytic gasification of dry biomass, followed by the combustion of those gases, to generate heat for cooking, a reasonable amount of electrical power (50-100Wh) per run and to heat a room or provide hot running water, at the same time.

This increase in efficiency can help people in developing countries, to save valuable resources by considerably reducing the amount of wood that usually will be burned in areas, where people are unable to rely on, or even pay for gas, oil or electricity for their primary domestic energy needs.

Helios might also prove to be very useful in areas affected by large scale natural disasters, when emergency first responders can provide people with a means to safely cook and heat with the added benefit to also have electricity, when all utility infrastructures are unavailable or even destroyed. 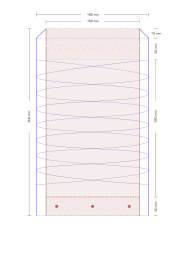 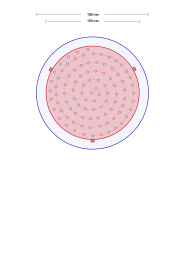 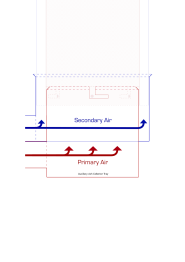 In a thermoelectric generator, heat is transferred through a piece of metal such as bismuth telluride, that has a high resistance to heat and low thermal conductivity. As the heat travels through the metal, it is converted into electricity and can then be transferred to a conductor or directly to an electronic device. Generally, many thermoelectric generators are connected to each other in a series in order to generate as much electricity as possible.

Thermoelectric generators are most efficient when retrieving heat over 250 degrees Celsius, which makes them a perfect addition to a TLUD: The excess heat will not just evaporate into the atmosphere but is directly converted into electricity. The basic version comes with only one TEG module powering the fan and micro-controller (to make it cheap), a more advanced version of Helios uses multiple modules (more expensive) to create substantially more power, that can be stored in a battery, to power electric lights (High-Power LEDs) in the evening, thereby reducing the need to burn wood in order to have lights at night or to power water pumps.

There is no simple answer but it's an important question, please have a look at: is-burning-wood-bad

A TLUD [spoken: tee-lud] or TLUD-Stove is a Top-Lit Up-Draft micro gasifier. In fact, it's actually an inverted Down-Draft gasifier, but “inverted-down” seemed to be a too complicated concept to transfer to people, so it simply became Up-Draft. The TLUD is the next evolutionary step in the development of stoves. Before the TLUD, wood was burned in open fires or simple stoves, where primary and secondary air, needed by the combustion, were always mixed together, creating a very unclean combustion process. The TLUD separates primary from secondary air and employs a real gasification process:

Wood is turned into charcoal, the released woodgas is pushed upwards by primary air and is finally combusted above, together with pre-heated secondary air. In essence, TLUD's are gas-burners, that use a part of the energy they create to convert wood/biomass into charcoal/biochar, thereby creating the gas (woodgas) it needs to operate efficiently. After a short ignition phase, the combustion process becomes very clean, which makes indoor use possible.

What's the difference between Helios and other TLUD's ?

The original idea of the TLUD stove - based on the research of Paul Anderson - is a great and proven concept. The goal of Helios is to improve the efficiency and usability of the basic TLUD, increase fuel tolerance and produce more usable domestic energy with less biomass.